Author Meredith Mileti At the One Year Point: Gone Fishin'

Author Meredith Mileti has reached a milestone: her first novel Aftertaste just celebrated its first birthday, and it’s still in print! I asked her to tell me how she felt about the grand experiment of book publicity at the one year point. –Sarah P. 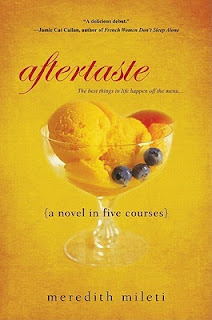 I’ve worked harder in the last year than I have ever worked in my life.  Book promotion has been a whirlwind.  I didn’t have a lot of preparation or coaching about the process and I’ve probably made more mistakes than I care to count. And to say that the publishing world is competitive is like saying that Attila the Hun suffered from a wee bit of pique.

A Great Source of Sustenance

But over the last year, one of the things that has been the most gratifying and heartening to me was the response I’ve gotten from other writers.  From my very first attempts at lining up endorsements, I was astounded at the generosity of so many writers I admired who volunteered to help me—and not just by providing an endorsement, but by passing Aftertaste along to their writer friends, by getting me onto their blogs, by writing reviews, mentioning me to bookstore owners they meet on their tours and otherwise spreading the word about Aftertaste. And over the past year I’ve done my best to return the favor and to support others.  There is a benefit to being kind and generous with your time. You will be rewarded—not just in endorsements, but one of the greatest perks in being a writer, I’ve found, is that you get to hang out (virtually and in person) with other writers.  They are an interesting bunch.

These friendships have been a source of great sustenance, and I’ve learned so much from the people I’ve met.  I, along with another women’s fiction/romance writer I met from the Penwriters conference, started "Women Read, Women Write," a book festival celebrating the books women love to read.  We are getting ready to launch our Second Annual festival this month and the number of participating writers has tripled to over 30.  More wonderful friends and colleagues, people to brainstorm with, to celebrate each other’s accomplishments and commiserate with when the going gets tough.  And it does.  Book promotion can, at times, be an exhausting and frustrating endeavor. And no one understands that better than other writers. 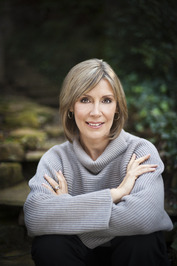 Working writers today have to take the lead on every aspect of book promotion.  I’d like to think that I've done all I can, short of wearing a sandwich board and parading up and down the streets of every major city within driving distance.  (Actually, my husband has come close—he travels with a stack of books and bookmarks and has been known to accost strangers.) I have accepted every book club invitation, and every guest blog, made every personal appearance that was requested and given every interview that was asked of me.  I’ve set up book signings and book clubs whenever and wherever I traveled.  As I result, I’ve done book clubs on both coasts, "across the pond" in the UK, and many more via Skype.   I’d like to think I’ve done all I can, but the truth is that I haven’t.  Not nearly. There are so many more opportunities I could have sought out, so much more I could have done, but there are only so many hours in a day.  Blogging, Facebook , Twitter and Pinterest, all provide excellent opportunities to connect with the larger world, and help to build a platform as a writer—and the possibilities provided by the internet are virtually infinite. At times it has felt like eating a rhinoceros.  And to make matters worse, there are so many ways to track your book’s progress—including Amazon’s wonderful new ranking—that checking your stats threatens to become a full time job.

Would I do anything differently? I suppose I could work smarter, not harder.  I could write more blog posts and make fewer personal appearances. But the truth is, I like meeting people.  I love visiting book clubs and talking to other people who love to read.  It’s harder for your book to gain momentum that way, but the truth is that book promotion is exhausting no matter how you do it, so there is something to be said for doing it in a way that is the most personally satisfying.

It is only natural that as Aftertaste reached its first birthday things should slow down a bit.  Partly it’s me.  I’m not tweeting or blogging as much as I should or could, and the invitations are slowing down.  The temptation is to up the ante, to pitch an article, to post on Facebook or blog more frequently, to redouble my efforts to keep Aftertaste hot.

But instead I’m going to try what my more seasoned writer friends have been telling me all along: The best way to promote your last book is to write another one—preferably one that is even better. And, if you are a uni-tasker like me, it means taking some pretty drastic action.

So, effective as soon as I finish this blog post, I’m officially "Gone Fishin’."

Tom Sawyer’s version involved floating down the Mississippi, soaking up the Missouri sun while sucking on a corn cob pipe.  For me, it means I’m back writing full-time, butt in chair, working hard to love my new characters and be taken away into their story world.  And like Tom, I feel like I’m on vacation. Whenever I feel guilty about not following up on every single opportunity for Aftertaste, I will have to remind myself that this, getting lost in a long and complicated story, figuring out what type of wine Julian (a character in my next novel) would bring to the party, spending days and weeks lost in a world of my own creation, is why I’m here in the first place.

Meredith Mileti’s first novel, Aftertaste: A Novel in Five Courses was published in 2011 by Kensington Books. She can be spotted with her laptop, floating on a raft down the Allegheny River in Pittsburgh.
Posted by Sarah P