Author Carleen Brice: Everything I Learned About Author Events I Learned at Head Start

I first read this advice from author Carleen Brice over a year ago, but I never  forgot it. It’s often the simplest advice that holds the most meaning, and this beautiful post proves that rule true. Thank you, Carleen, for sharing here on Blurb is a Verb. –Sarah P. 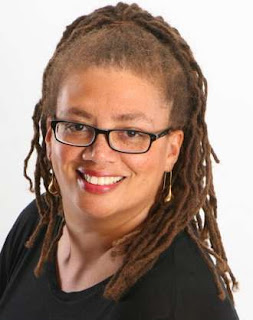 Bookstore owners and event coordinators tell me I'm a good reader and if that's true it's because of what I learned reading to kids 30 minutes a week for four years. So for those of you who may be doing public author events soon, here are my tips of what works with kids and adults:

1. Relax, you don’t have to be Meryl Streep.

A relief, no? You don’t have to act out the scene with different accents. I don’t do voices (I rarely do with my preschoolers). But I do vary pitch and tone. I vary pacing, speeding up and slowing down at important points. I pause to let emotions sink in. I also use facial expressions to back up what I’m reading. If I smile while I read a funny part, kids and adults will typically laugh.
Head Start students can be a tough audience. They sometimes are much more interested in other things, like their shoelaces, than they are the story. They yell “No more reading!” when they don’t feel like listening anymore. They ask questions like “Why is your hair funny?”

Trust me, adult audiences are much easier. If you’re lucky enough to have people show up for a book event, it’s because they want to hear about your book. They’re rooting for you. I’ve done readings in support of three nonfiction books and a novel and never has anybody come out to heckle me. So, again, relax.

My god it’s your story! The one you worked so hard on. It’s finally published. And somebody, if only the event coordinator, is sitting there waiting to hear about it! If that’s not exciting, I don’t know what is. So act like it. I mean really, if you’re not excited, why should your audience be?
When I feel my students’ attention start to drift, I turn the page and gasp loudly at what I see. Without fail, the kids stop smacking each other or playing with their buttons and look back at the book to see what has wowed me.

Now that probably won’t work for adults. The adult version of a gasp is to wrap it up. If you feel your audience slipping away from you, get to a good stopping place and stop. Then ask them what they’d like from the rest of the session. (For example, are any of them writers interested in learning about getting published?) This does two things. It shows your audience you respect them, and it enables you to feel more confident and engaged because you know what they want.

3. Only read your best stuff. 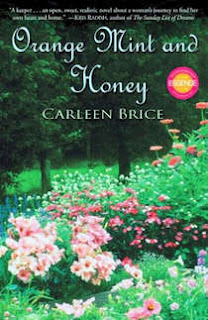 The Read Aloud Program sends all volunteers out each week with five pre-selected books. But we don’t have to read all five. If a book doesn’t interest me or I don’t think it’ll grab my students, I skip it. There are some beautiful children’s books that just don’t lend themselves to group reads as well as others, so I don’t read them. This is allowed.

It’s also allowed when you read from your own book. I know you want to set up the book and explain who all the characters are, but if your opening isn’t gripping, paraphrase it. Take a couple of minutes to let your audience in on the background, characters and setting. Give them enough info so they’re not confused. If they can’t follow you, they won’t follow you. And then pick a scene that has action, dialogue or strong emotion. Or read a passage that you think is especially beautiful. (Again, if you’re excited about it, your listeners are more apt to be.)

After the kids in my class sit crisscross-applesauce and use their listening ears for three whole stories, they want a little sumthin’ sumthin’ for their effort. So do grown-ups. Your audience is giving their time and money to come out to a book reading. That deserves a treat.

While your typical adult audience might not go for stickers, candy almost always works. I’ve been using an orange mint theme for treats this year. I’ve doled out Metromint Orange Mint Water, Hershey’s Orange Crème Kisses and Lindt Chocolate Mint Truffles. I also make sachets and small bags of bath salts with orange mint from my garden. Women love them! (Don’t forget something for the hardworking folks at the bookstore.)

Treats come in especially handy when it comes to the Q&A. People at book-signings are typically shy about asking questions. But pass around a bag of chocolates and without fail people will start raising their hands. Once I made up a gift bag filled with orange mint treats and offered it to the person who asked the most interesting question. The Q&A went on for 20 minutes and would have gone on longer, but we ran out of time. (The winner was a nine-year-old girl who asked if there were any characters in my original draft that I cut out, but still miss. Great question, right?)

How many times have I shown up at my Head Start class with plans to read certain books in a certain order only to find the kids bouncing off the walls or teachers who forgot I was coming (something that can happen at bookstores too)? In which case I know probably one book will do.
Works the same with adults. Assess the room and adjust. If you planned to read for fifteen minutes, but something tells you to only read for five, only read for five.

Actually, you never want to go on too long. Even the best reader probably shouldn’t go longer than twenty minutes. I never read more than three books to my students. That’s about how long preschoolers can sit still. Adults aren't too different. You’ve heard it before: Leave them wanting more.

If you have a really small audience, it’s even more important to be brief. You don’t want to shortchange people, but time seems to stretch when there’s only a couple people in the audience.
So those are my tips. Last year, a little boy in my class greeted me for the first few weeks by saying, “No books! Don’t read!” After a few weeks, he started saying, “Only one book.” By the end of the semester after I read three stories, he would beg for another. The last week of class he gave me a hug. Follow this advice and you too just might get a hug from your audience.

Carleen Brice's debut novel, ORANGE MINT AND HONEY, is the basis for the NAACP Image Award-winning Lifetime TV movie "Sins of the Mother" starring Jill Scott and Nicole Beharie. ORANGE MINT AND HONEY was also an Essence "Recommended Read" and a Target "Bookmarked Breakout Book." Booklist Online called her second novel, CHILDREN OF THE WATERS (One World/Ballantine), a book about race, love and family, "a compelling read, difficult to put down." Essence said, "Brice has a new hit."
Posted by Sarah P