The Box of Books in My Trunk 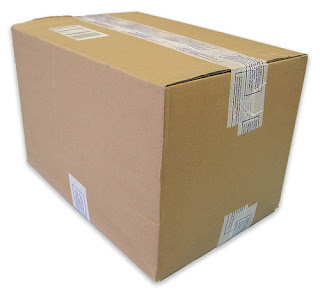 I am thrilled to be appearing at Gibson’s Bookstore in Concord, NH tomorrow night! There is nothing more gratifying than an invitation to share your work with warm blooded readers. And places like Gibson’s, with its enthusiastic events team, just warm my heart.

I’m quite certain things will go smoothly. But it never hurts to be prepared. I thought I’d share this silly little incident that I witnessed years ago while doing an internship at a Big 6 publishing house. It was a Summer Friday.  I don’t mean it was merely a Friday which occurred in the summer. In publishing, a Summer Friday was a mini holiday. All the important people left at noon, if they bothered to come in at all. The pavement was hot outside, but the air conditioning was on full blast, which was one of the reasons that I was still at work at 4pm.

The phone rang, and it wasn’t good news.

The caller was a frazzled editor. Her author, a prominent New York Times editor, was at a midtown bookstore for his scheduled event. Unfortunately, there weren’t any of his books at the store. Wires had been crossed, balls had been dropped. In fact, it didn’t actually matter which cliché was most apt, because that author had no books, in spite of the fact that there were customers there to meet him, who wanted to buy them.

We did our best. A couple of assistants went down to the desk in the lobby which served as a conduit to the book storage in the basement. We pulled the very few copies of that author’s work which were on the premises, and somebody ran them over to the store.

They were, unfortunately, backlist titles by that author.

Everyone ended up feeling stupid: the author, the store, the editor. Even me, and I just happened to answer the phone. The moral of this story is to always bring some copies of your book. These days, I keep a dozen of mine in a box in my trunk.

Because you never know. What could be worse than having a willing customer, and no copies on hand? You don’t even need to be at a bookstore to sell them. I sold one to another hockey mom at the rink this winter. Bonus!
Posted by Sarah P