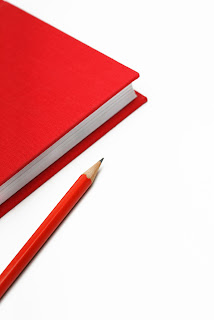 My last post about Goodreads seems to have struck a nerve. The consensus was that it's very difficult to read offhand snippets of "meh" about your own work. My advice was: don't read them. And for perspective, look at a few vaunted works on Goodreads to gain a brighter perspective.


I did a little more research when I should have been working on my WIP, and it was much more fun than I expected. You can very effectively inoculate yourself against rejection by snooping around Goodreads long enough to understand what a colorful carnival of humanity it really is.


From this day forward, I have a new opinion about the occasional one star review. I celebrate it, because it's evidence that somebody read the work! Consider these statistics from Goodreads. As of this moment:


And how about those reviews which make some of us want to take strong drink and hide out under the bed? Consider these gems I pulled from Goodreads today:


The Tempest by William Shakespeare
"When I read this/watched the movie, I felt like Shakespeare wrote this when he was a crazy old man who didn't care anymore. I imagine he was like, "I'm done bitches," and then threw the script across the room."


"The romance wasn't really developed, Prospero was super bitter and then out of no where forgives everyone...etc."


The Old Man and the Sea by Earnest Hemingway
"It bored the living crap out of me."


The Amazing Adventures of Kavalier and Clay by Michael Chabon

"For the first 50 pages or so, I thought it was gonna be a good one. but then it just started to suck. I shouldn't even have finished it, but I did. can't believe it won a pulizter or whatever."


House of Mirth by Edith Wharton
"Alright, so she loves someone else, blah blah. It’s frustrating and it’s not as if this has never been written about before or since, by far superior writers."


So the beauty of Goodreads is that anyone can say anything about any book. And they do. And the more I read of Goodreads reviews, the more amazed I become that people with no interest in grammar or punctuation take the trouble to do so. Dear Goodreads: I get it now. You are, on balance, a positive force in the universe.


But I'm still not going to read my own reviews.
Posted by Sarah