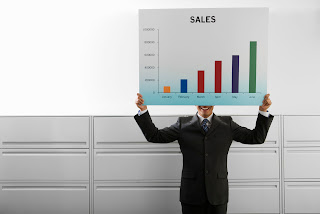 In case you missed it the first time, I'm re-running this useful (and gently updated) post about tracking your book's sales data online.

So what’s a girl to do if she wants to know how her book is selling?  The answer used to be: stare at your Amazon ranking, that curious but meaningless statistic.  But these days, you can do better.  The following is a brief tour of the free data available to you if you know where to look.

First Stop: NovelRank.com
When you register your book at NovelRank.com, the site will begin taking hourly looks at your Amazon sales rank.  So closely does NovelRank track the hourly updates from Amazon’s API (which is nerdspeak for data stream) that the site can tell when you make a sale.  So NovelRank (which, in spite of its name, will happily keep an eye on nonfiction books too) can show you a charted history of your Amazon ranking and tell you with reasonable accuracy how many books were ordered via Amazon.com or its international subsidiaries.

Caveat: if your book is selling so well that multiple sales occur during each one-hour observation period, Novelrank’s sales figures will be understated.  But if you’re selling multiple copies per hour, you won’t really care.

Other Caveat: you have to keep going back to Novelrank every couple of weeks to look at the results.  If you forget to check back, they’ll stop following your book.  If you can remember to visit your data once in awhile to keep it active, Novelrank will store a full year’s worth of data, and you can export the numbers to a spreadsheet whenever you wish.

Second Stop: The Evil Empire’s Author Central Program
Amazon, for all their carnivorous ways, has given authors a luxury-priced gift: Bookscan data.  BookScan is the bookstore arm of Nielsen (the TV people who keep track of whether or not you watch American Idol.)  Their data captures point-of-sale numbers at many of the nation’s bookstores, but not at some big box stores like Wal-Mart.  If you register for Author Central on Amazon, and then link your books to your profile, the “Sales Info” tab will show you BookScan data for your own books.

Not only do you see how many sales of your book BookScan reported for a given week or period of weeks, you’ll see a geographical breakdown of where those books were sold.  The 100 regions have been divided up as oddly as gerrymandered congressional districts, but the data is solid.  My Ski House Cookbook is a perfect test case.  Guess where its most active regions lie?  The Denver area is always at the top of the charts for me, followed by the BookScan blob representing Vermont and New Hampshire.  But there are surprises too.  Southern California appreciates ski house cookery at a rate unforeseen by moi.

Caveat: Amazon does not archive this information—you only get 8 weeks of free Bookscan data at a time.  If you want to save the data, open up a spreadsheet and enter in your weekly numbers.  If you remember to look at least every 8 weeks, you can save it all.

Sanity check: this data is updated only once per week. I forbid you to stare at it more often than that.

Third Stop: Your Own Publisher. Hopefully.
Publishers have finally begun to understand that they are better off if Amazon isn't the best resource in town even for traditionally published authors. So the past year has seen a few of them, including Random House, unroll new sites and features for their authors. The RH site is the only one I've experienced personally, but it is a triumph. My fingers are crossed that other publishers will follow suit.

So, now that you have sales data for your book, what should you do with it?
Authors have often said that staring at numbers can only make a person crazy.  And surely that's a risk.  But there are things you can learn from the numbers, especially from the geographical data.  Is your book about to be released for the first time in paperback?  If you know which regions had the best sales in hardcover, it’s easier to make a push for touring there.

Also, you will learn something about the effectiveness of your own marketing efforts. If you've been driving all over the tri-state area to do bookstore events and book club meetings, you will probably see a corresponding sales concentration in that area. Don't forget that the effectiveness of your bookstore events is greater than the number of attendees at your events.  Bookstores who take the time to invite you in will often A) advertise the event, and therefore the book and B) hand sell the leftovers afterwards.

Finally, don’t forget that this is data that publishers can see.  They pay many thousands of dollars each year to Nielsen for the privilege of slicing and dicing any book’s sales data whenever they see fit.  When the time comes to negotiate your next book deal, it’s good to know what numbers they're looking at.

And there you have it. Use it well, but not too often.  That way lies the abyss.
Posted by Sarah